It has been argued, and it is still argued, not without reason, that migrants influence indirectly (since they are not in the majority of cases active electorate) the choices, conduct and decisions of politics in a large part of the countries of the European Union. Certainly the same phenomenon is observed in other parts of the world, but our attention is focused on the old Continent. Various theories have been elaborated on the issue, more or less pertinent, some of great cultural value, the most profound reasons have been researched, and more, we will try to examine an aspect that derives from the contact between human beings and how it is perceived by the people. And then how this contact generates mistrust, hostility, fears and the latter as they reverberate on electoral behavior, fueling or favoring nationalist, sovereign and populist policies. A different perspective to explain in a simple way how the presence, true or feared, of migrants can influence – despite themselves – the political choices of the host countries.
The opportunity for a reflection on the point is offered to us by the publication of a study by the Cattaneo Institute of Bologna which elaborated the research and which underlines how the data are often presented very often with a lack of balance and objectivity to the point that on the migratory phenomenon the “perceptions counted more than the concrete data”. The study focuses on the Italian case, but from the news that comes from other European countries, it is observed that the behavior does not appear dissimilar. In March 2018, the Eurostat statistical agency published an analysis on the incidence of migrants compared to the total population of the various EU states. A few months later, an investigation by the US research firm Pew Research Center highlighted the frequency of hostile attitudes towards foreigners and religious minorities in Western Europe. Respondents were given an “intolerance” score of zero to 10, based on the answers given on a sample of 22 questions. 38% of Italians recorded a score between 5 and 10, the highest level among the 15 states considered by the report. In Sweden, it did not go beyond 8%, the lowest average on a continental scale. As a result, there is an asymmetry in different EU countries between the number of migrants and discriminatory attitudes: the less foreigners there are, the more cases of discrimination and xenophobic tensions increase. Or vice versa, as in the case of Sweden, a greater presence of migrants can lead to a more widespread acceptance of the phenomenon. Among the most striking cases is that of Hungary where registered foreigners do not reach 1.6% of the population (about 160 thousand people out of 9.7 million), but over 80% of its citizens declare “negative feelings »Towards immigration. A case similar to that of countries such as Bulgaria (where only 15% of citizens say they feel “at ease” with foreigners, despite representing 2% of the population) or areas like eastern Germany where the presence of migrants it is poor but the feeling of unease is high. 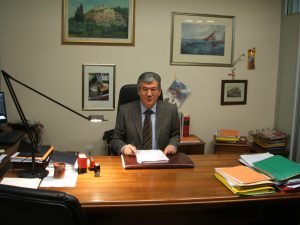 THE PILLARS OF INTEGRATION

How technology disrupted the truth